Windshield Wipers: All you need to know

Windshield wipers allow the car driver to have an unobstructed view of the road in the rain, snow, or when dirt gets projected on the windshield. These simple rubber strips have developed profoundly over the years. We only pay attention to them when they stop doing their job, and we have a hard time looking ahead.

This week’s blog post takes a closer look at these essential parts of your car’s windshield.

You are going to learn about

When do I need to replace my car’s windshield wipers?

To keep your windshield wipers in good condition at all times, the manufacturers advise replacing them at least every 12 to 18 months. However, when you park your car in the harsh sun too often, their condition decreases dramatically. As a result, the rubber strip on the wipers will eventually harden and begin to crack.

Today, the wiper blades consist of a durable soft rubber composite. They are designed to last much longer, but they will lose their elasticity and become less efficient due to extreme heat.

You’ll know the time has come to replace your wiper blades when:

Ongoing tear and wear of the windshield due to worn-out wipers could accelerate your need for a windshield replacement. Usually, this affects vehicles more profoundly, with the year of production being more than 10-20 years old.

How to extend the life of the windshield wiper blades?

The main reason for wiper damage is direct sunlight. Try to park your car under sufficient shade, as often as possible. Every few months, it’s important to check and clean the blades regularly.

How do I replace windshield wipers myself?

Replacing the wiper blades is a relatively simple procedure, and the instructions are showcased on the packaging. Note that every car model uses specific wipers; in terms of type, size and number.

How do I stop my windshield wipers squeaking?

a wrong saying is that a dirty windshield is the most common cause of squeaky wipers.

some will say that the small particles of dirt cause friction when the wipers swipe across the auto glass, producing a rather irritating sound. And when you give your windshield a good wash and rinse, the noise should go away. this is WRONG

The wipers are worn out and or of bad bad quality. They need to be replaced

How are windshield wipers designed?

Most cars have two wipers on the windshield and one on the rear window. The wiper parts that you can see on your windshield are the rubber blades, wiper arm, clamp, and a section of the wiper pivot. The two wiper arms a driven by a single motor.

Pressure points (or claws), which are located behind the wiper, distribute pressure onto the back of the blade — a suspension system. The claws run the blade against the windshield evenly, ensuring uniform cleaning.

What are windshield wiper blades made from?

The wiper connecting links and pivots are made from galvanized steel, which protects them from corrosion. Some of the smaller parts, such as washers, screws, and springs, are produced from steel.

The frame of the blade is aluminum, and the blades themselves are made of natural rubber usually.

When were windshield wiper blades invented?

The first properly functioning windshield wiper system was invented in 1903 in the USA by Mary Anderson. She later patented her invention in 1905. On a winter visit to New York, the Alabama local noticed how a streetcar driver was struggling to try to see through the windshield.

She sketched out a wiper system that would solve the problem to a degree. The invention consisted of a lever and a rubber-edged arm that could move. This lever needed to be manually operated from the inside of the car.

The driver had to operate the wipers with one hand while driving with the other for the system to work. Not the safest system, according to today’s standards. By the year 1913, her invention was used worldwide. Unfortunately, Anderson never received a single dollar for her effort and a big contribution to driver safety.

In the following years, a carburetor-powered wiper system replaced Anderson’s basic wiping method. Depending on how fast the engine was operating, this vacuum method could wipe the windshield at variable speeds. The issue with this system was that when the cars were driving too fast, the system couldn’t quite keep up.

The next evolution occurred in 1917 when a Hawaiian dentist (Dr. Ormand Wall) invented an automatic wiper operated by an electric motor. At this stage of development, the wipers hung from the top of the windshield. The wipers were moved to the base of the vehicle as the electrical systems became more sophisticated.

Three decades later, Bob Kearns invented the intermittent wiper in 1962. Microsensors were built into windshields to detect rain, activate the wipers, and adjust the speed automatically. Drivers could now manually select different intervals and speeds depending on the outside conditions.

Lastly, in 1999, the Aerotwin revolutionized the windshield wiper industry when they created the first edition of a wiper blade on the market, that functions without any joints or brackets.

Today, the increasingly flexible rubber on the wiper blades can actually wipe away ice and snow. They are also covered with a non-stick coating, to prevent oily substances from clinging to them and shortening their lifespan.

What does the future of windshield wipers look like?

Tesla, the forerunner of electric-driven cars, is currently in the process of replacing traditional wipers with laser beams. The overall idea is to target and shoot a laser onto the windshield to automatically remove rain and debris

Some industry leaders dismiss the idea and concept. Who knows, their thinking about replacing windshield wipers may be a way off – only time will tell. Nevertheless, it’s still kind of cool to imagine for a second that we are driving around in Night Rider fashion in the near future.

What did you learn about wipers?

Wow thats some great reading about wipers and windshields 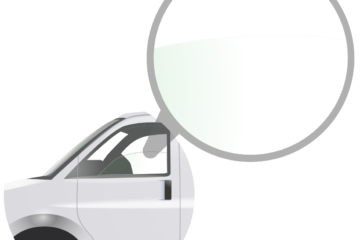 Car side window, everything you need to know

everything about side windows 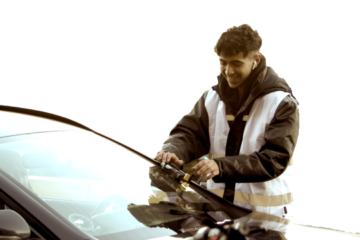 Chip and Cracks in your windshield

You are driving along, and suddenly, you hear a loud pop, and then your car starts to shake. You pull over and notice that your windshield has a large crack in it. A broken windshield Read more… 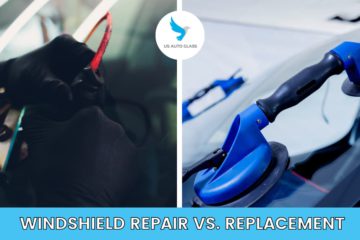 Difference between: windshield repair and replacement

Once a stone hits the vehicle’s windshield. What do you think of immediately? I probably need to get a windshield repair or replacement now! Regardless of how you tackle the situation, it is an unpleasant Read more…