Engineer arrived on time and carried out the work in no time. Highly recommend,

Very clean and neat replacement. Would highly recommend to anyone.

After selecting the year of production, please continue to the quote and see our earliest rear window replacement time available for your Saturn L Series.

Once you've placed your order, we'll start processing it immediately. We'll take care of all the details and confirm your booking with the date and location you choose.

Your new rear window replacement auto glass will match the same technical and safety characteristics of the current one. Our certified technician will install your new auto glass using the latest technologies and techniques to ensure a perfect fit and finish. 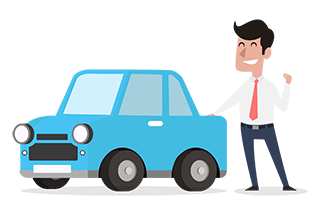 Our goal is to provide you with the best possible service so that you can be confident in the safety of your vehicle.

The cost of a Saturn L Series Rear Window Replacement price starts from: 253,13$
Of course. You’ll have the option to select the windshield you want after responding to the questions on the website.
We offer nationwide lifetime warranty. Just let us know if anything has gone wrong and we’ll come out to repair it immediately. Please see our terms and conditions for more details.
Most customers book our mobile service, as this solution is time efficient. We replace your auto glass at your location, such as the driveway, parking lot, or garage. This ensures you get back on the road quickly. When entering your address, you will also see if there is a garage near you for this replacement service.
We need just two things from you: a key (or access) to your car and a little space around the vehicle where our technician can move.
On average, our technicians need one hour (or less) to complete an auto glass replacement. For more complex replacements, the technician needs a longer time, for instance, when we need to calibrate the ADAS systems in your windshield.