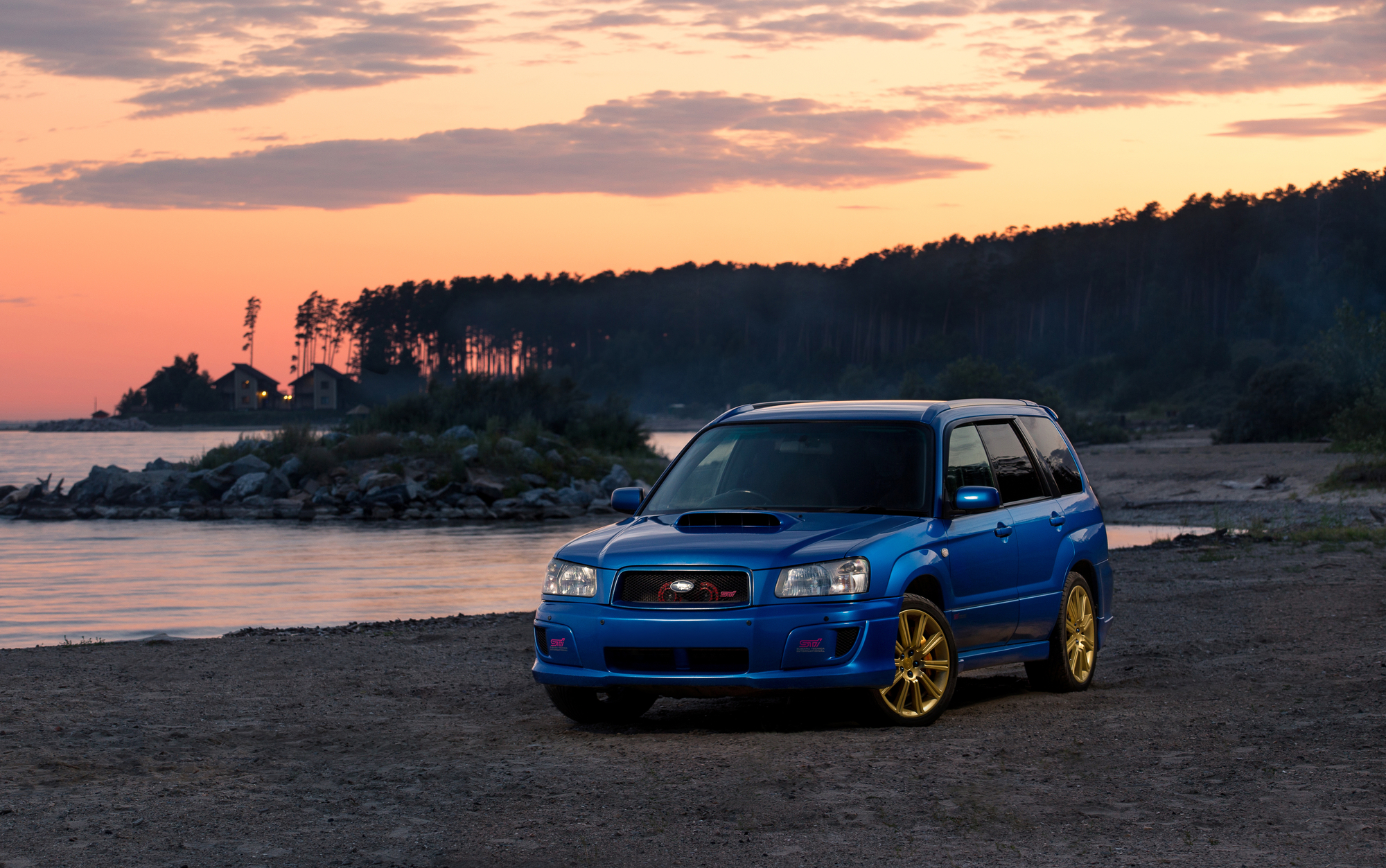 We know the ins and outs of your vehicle, especially when it comes to windshield replacement and auto glass repairs. Many Americans don’t know the origin of Subaru. And people think it is Korean or Taiwanese, but Subaru is a Japanese automobile manufacturer.

Subaru started making automobiles in 1953, they have several plants, including a large manufacturing facility in the United States, located in Lafayette, Indiana. Per Wikipedia, Subaru is the Japanese name for the Pleiades cluster M45, or the “Seven Sisters”. Their logo symbolizes the Pleiades cluster.

What makes Subaru so unique?

Since the 1970s, the company has had a serious commitment to equipping its vehicles with all-wheel-drive. They are some of the few early adopters to provide power to all the wheels. This is something they still utilize to this day.

The all-wheel-drive was an essential factor for Subaru becoming the brand of choice in regions with very harsh weather conditions.

Over the decades, Subaru has gone from being a small niche automaker to becoming one of America’s most successful brands. Their sales numbers have been steadily increasing during most of the last decade. They have benefited from producing unique products and applying different marketing strategies. Essentially, creating better results compared to much larger competitors.

Subaru has been near the top of most consumer satisfaction surveys for a long time, sometimes totally dominating the rankings. Enough about Subaru history, time to dig into some of the benefits of owning a Subaru Forester. 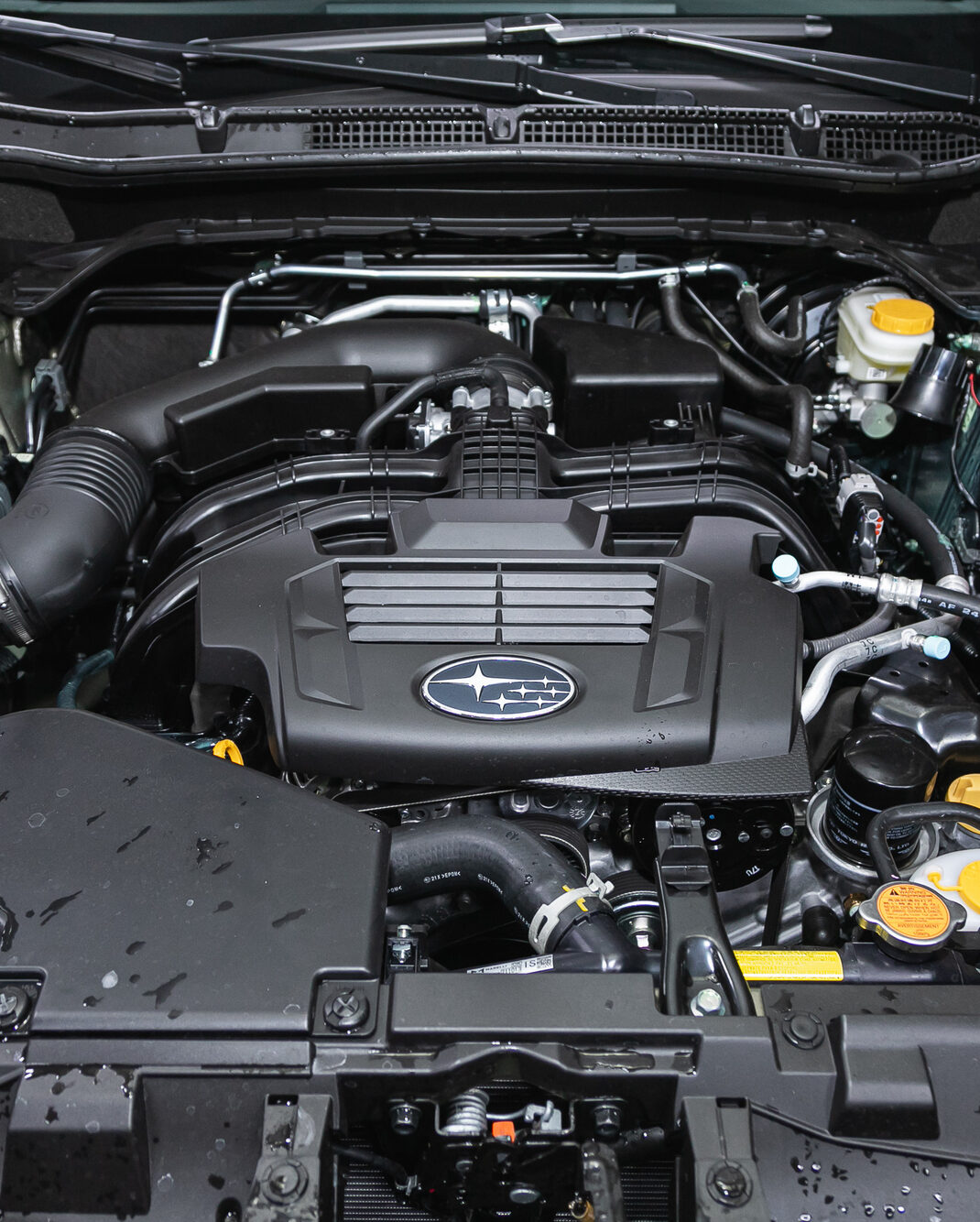 The benefits of owning a Subaru Forester

There is plenty to love about the Forester, but first to all is safety, followed by quality, design, technology, and price. We will go into detail as to why drivers identified these characteristics as a benefit. 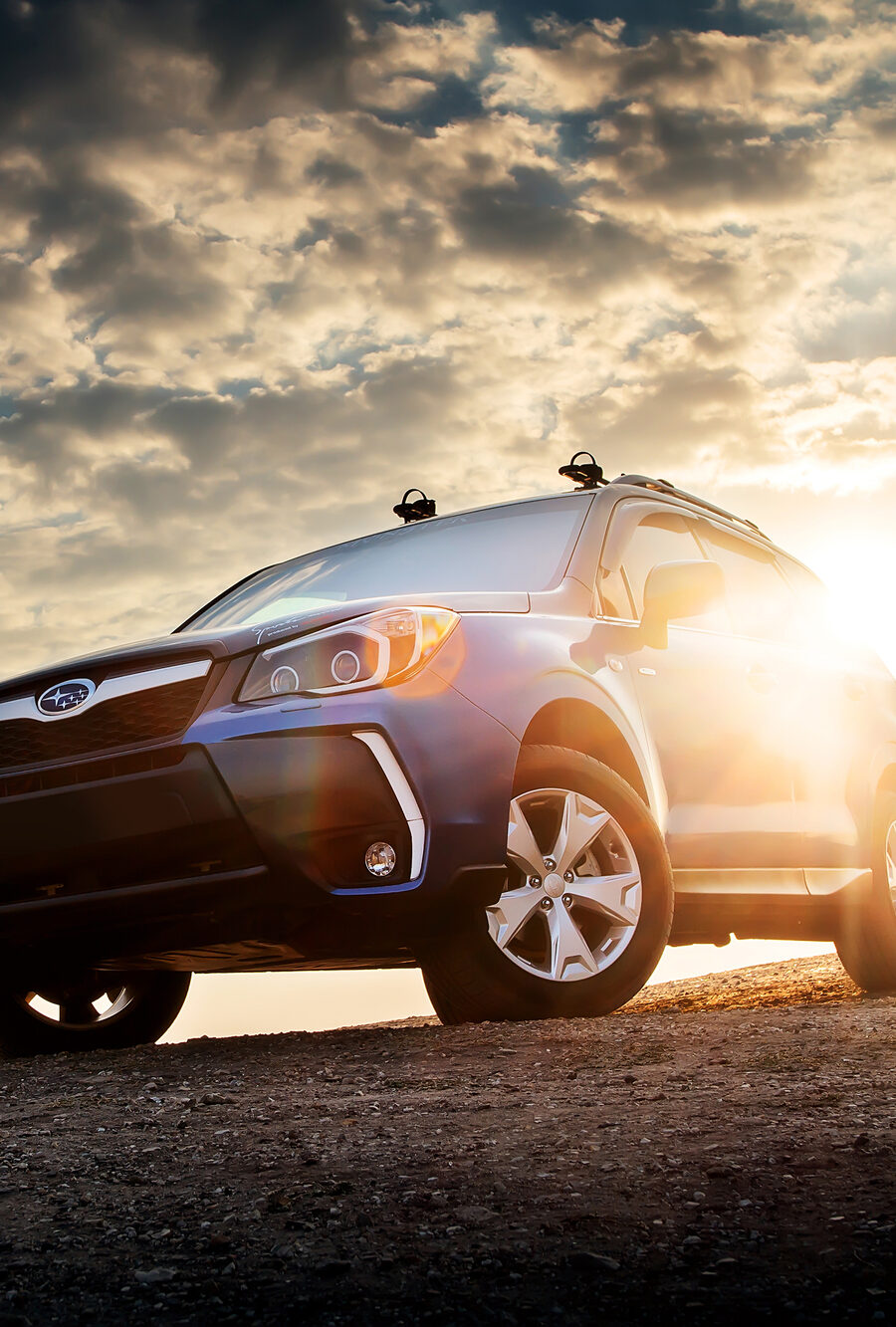 There’s a reason why the Subaru Forester ranks 9.8 out of 10 in safety. The Subaru brand has consistently ranked high in safety because safety has always been a priority for Subaru.

Simply out, safety always comes first. Subaru does not cut corners when it comes to safety in his vehicles.

In addition to advanced adaptive cruise control with lane centering. Certainly, Subaru is committed to advanced driving safety in their vehicles.

EyeSight reduces the rate of rear-end crashes injuries by up to 85% according to the Insurance Institute for Highway Safety (IIHS). From reported data as of January 2017 from MY2013-2015 Subaru models equipped with EyeSight through 2014.

Automatic pre-collision braking warns a driver by applying full braking force if they do not respond. It incorporates sensors and camera systems to prevent a collision or reduce frontal impacts.

As a result, this feature makes driving safer and more secure.

Automatic emergency steering helps avoid a potential collision, by applying emergency braking when the system detects the risk of collision.

It utilizes cameras to identify fast and precisely anything that is obstructing the way. subsequently, the system would detect the obstructing object and lightly take control of the steering to avoid a collision. 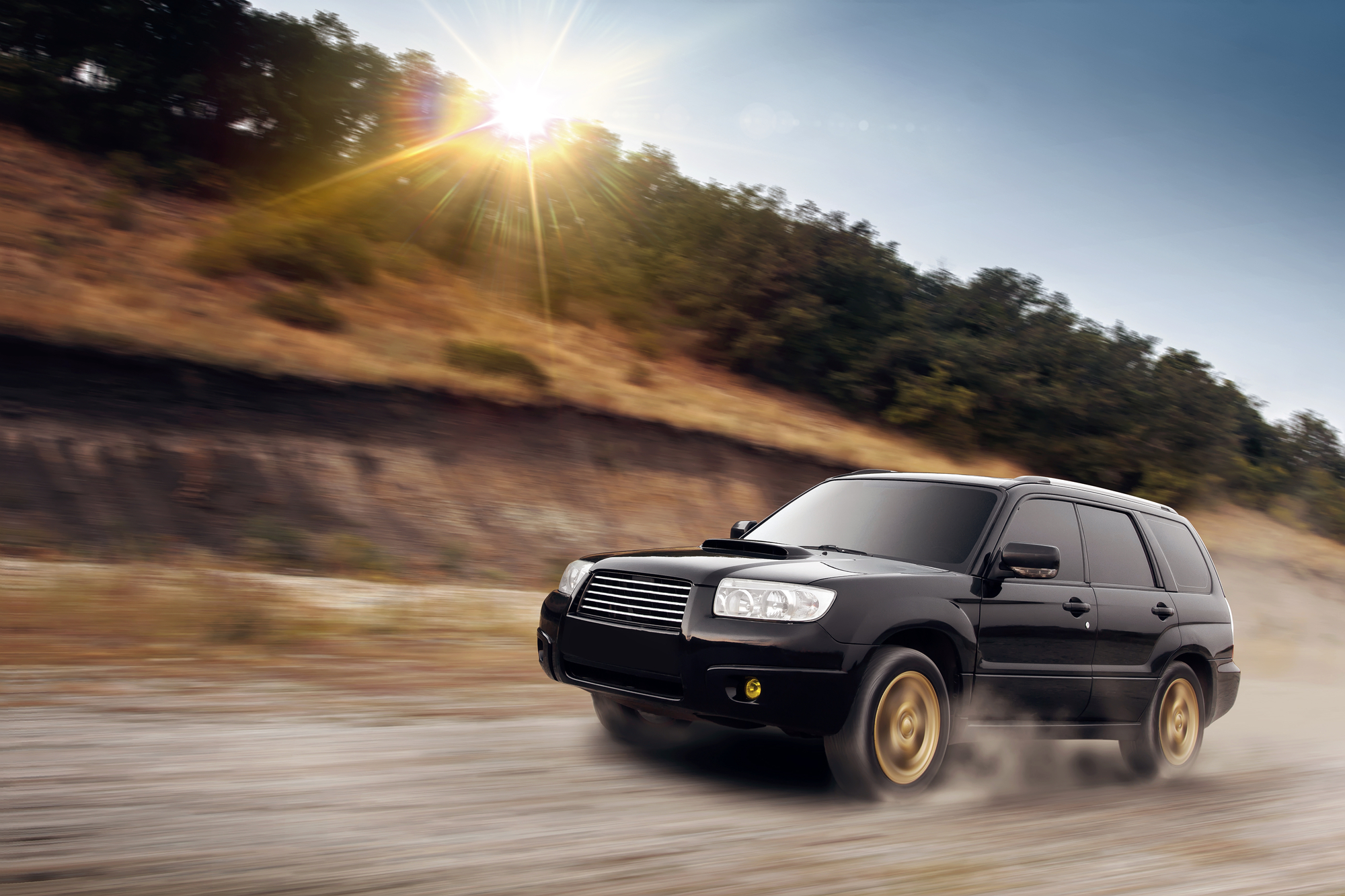 The advanced adaptive cruise control with lane-centering focuses mainly on lane-keeping. If the driver gets distracted, the system will alert the driver.

Moreover, the system watches the roads, and it automatically adjusts the speed when you come close to another vehicle to keep the correct distance.

This feature will also prevent a driver from changing lanes when another vehicle is in the way, as the cameras are constantly watching the road marking to help you stay centered.

Most of these safety systems are installed on the rearview mirror.

Therefore the windshield is a crucial element in the equation. It’s imperative to work with the right auto glass replacement provider if you need to get your windshield replaced.

These numbers speak for themselves; this is why Subaru Forester drivers are very loyal to the vehicle.

In brand loyalty, Subaru is sitting comfortably in fourth place. It has one of the highest customer loyalty rates in America due to its superior and consistent quality.

Its unique boxer-style engine provides a lower center of gravity and a better sense of balance. It offers a 2.5-liter flat-four-cylinder engine with 182 horsepower. Also, a towing capacity of 1500 pounds.

Even though Subaru had some engine issues in 2019, the Forester was the least affected model of all.

Subaru continues to exhibit a track record for reliable vehicles, and it is still known for producing quality automobiles at reasonable prices. All materials used to make the Forester display high-quality properties. 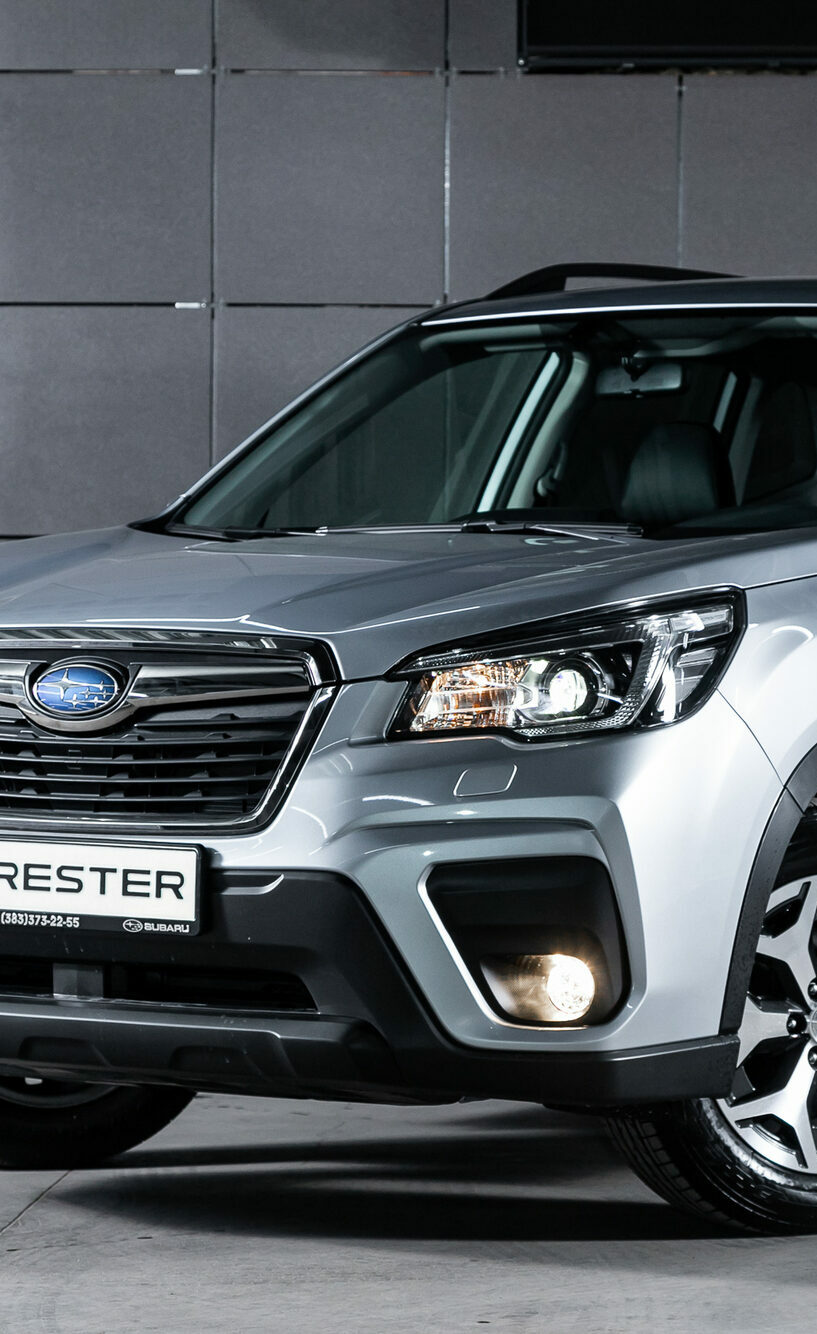 Subaru Forester drivers love the SUV compact design without comprising on space and comfortability. Its outdoorsy looks and truck appearance gives drivers, the feeling of owning a big SUV without having to pay for the extra price.

Therefore, not having to carry all the extra expenses.

The Subaru Forester offers a large and spacious interior compared to other compact SUVs in the category. Headroom, foot room, and legroom are massive.

The rear doors open wide, making it easy to enter and to get out of the vehicle. The seats and doors are lined with soft-touch material easy to clean.

The seats are stylish and highly comfortable.

We all run out of battery when driving, especially if it is a long trip. The Forester has USB charging ports for both front and rear-seat passengers. Most compact SUVs lack this helpful feature.

It has plenty of cargo space, and if more space is needed, the back seats fold down for a total of 76.1 cubic feet.

Besides the large truck space, the roof rails are a big plus.

Forester drivers love to take their compact SUV for a wild adventure, and those roof rails come in handy when traveling longer distant carrying camping, hiking, or skiing equipment.

The Forester exhibits a state-of-the-art technology; we mentioned a lot about it on the safety features. EyeSight system has the latest technology on sensors, radars, and cameras.

For example, the 2022 Forester standard version has a 6.5-inch touchscreen easy to navigate, featuring a Starlink Multimedia system integrated with Apple CarPlay® and Android Auto™.

These allow the driver to connect to their apps, play music, navigation, and have hands-free cellphone functionality.

The drivers who prefer a bigger screen can opt-in for an 8-inch touchscreen upgrade. Additionally, a built-in voice-activated navigation system is available for the Forester model.

Roadside and SOS Emergency Assitance through the Advanced Automatic Collision Notification can alert an operator in the case of an urgent situation.

We can’t forget to mention the seat memory function, remote engine start with climate control via the Starlink app. 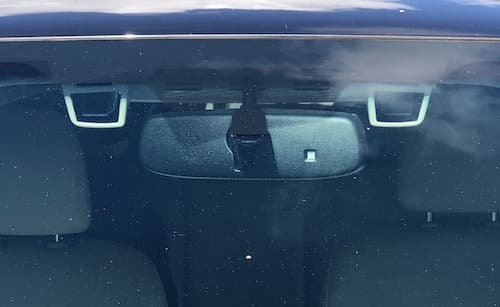 The Forester is considered an affordable compact SUV with features that are only found in high-end SUVs. Starting at MSRP at $25,195 which is a steal, none of the other compact SUV rivals (Toyota RAV4, Honda CR-V, or Nissan Rogue) offer the features found on the standard Subaru Forester.

When we asked drivers about the Forester pricing, they consider their purchase a great investment. There is no doubt they feel that their money was well spent.

We can’t forget to mention the cost of gas! The Subaru Forester offers great millage, in both, the city and the highway.

Drivers don’t have to worry about driving an SUV that would drain their banking account on fuel. They can enjoy 26mpg in the city and 33mpg on the highway. 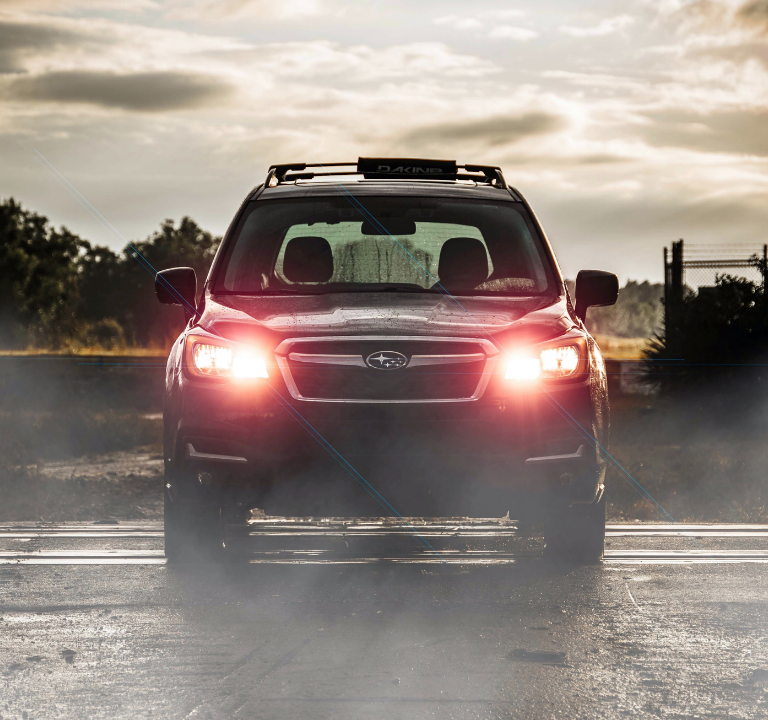 Most of the safety features associated with luxury vehicles or premium cars come as standard features in The Subaru Forester. The consumer does not have to pay extra to feel safe and secure when using the Forester.

This automobile is very inexpensive to maintain, parts and labor in case of unscheduled repairs are not too expensive and easy to find. The Subaru Forester windshield replacement cost starts at $298.93 to $936.74 depending on the auto glass and the vehicle technology.

After you have used our mobile booking service, we will arrive at the address you have provided between 8.00 am and 5.00 pm. You will receive a call from us at least 30 minutes before our arrival.

Our professionals usually need about an hour – usually less – to carry out the auto glass replacement. Please note that the vehicle must sit for at least 30 minutes after the glass replacement. If you take the car to a US Auto Glass Administration Center, we should do the glass replacement the same day. We will call you to pick up the car when it is ready – no later than 5 pm, but probably earlier. 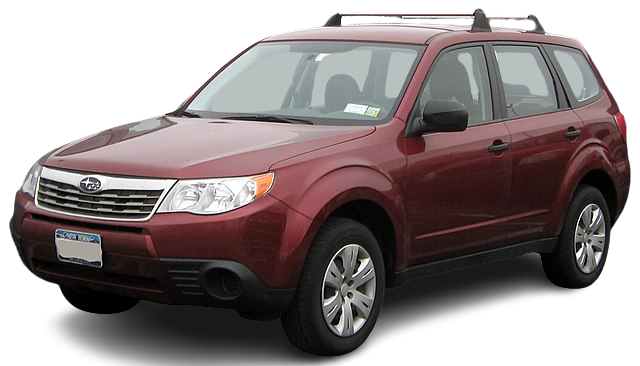 All our glass comes from the appropriate manufacturers who supply the original car factories with glass. Therefore, our replacement glasses meet all original equipment manufacturer (OEM) requirements. The only difference in regarding the glass we use is that it does not bear the car brand’s trademark. You get the same high-quality glass using our service, as in the originally approved car repair shop, and not a cheap imitation.

Are Subaru Foresters expensive to insure?

Subaru Forester insurance cost averages $1,150 per year or around $100 per month, depending on the year and trim.

The Subaru Forester is one of the cheapest compact SUVs to insure, it’s around $250 less per year compared to the rest of the class.

How many Subaru Forester is sold in the US? 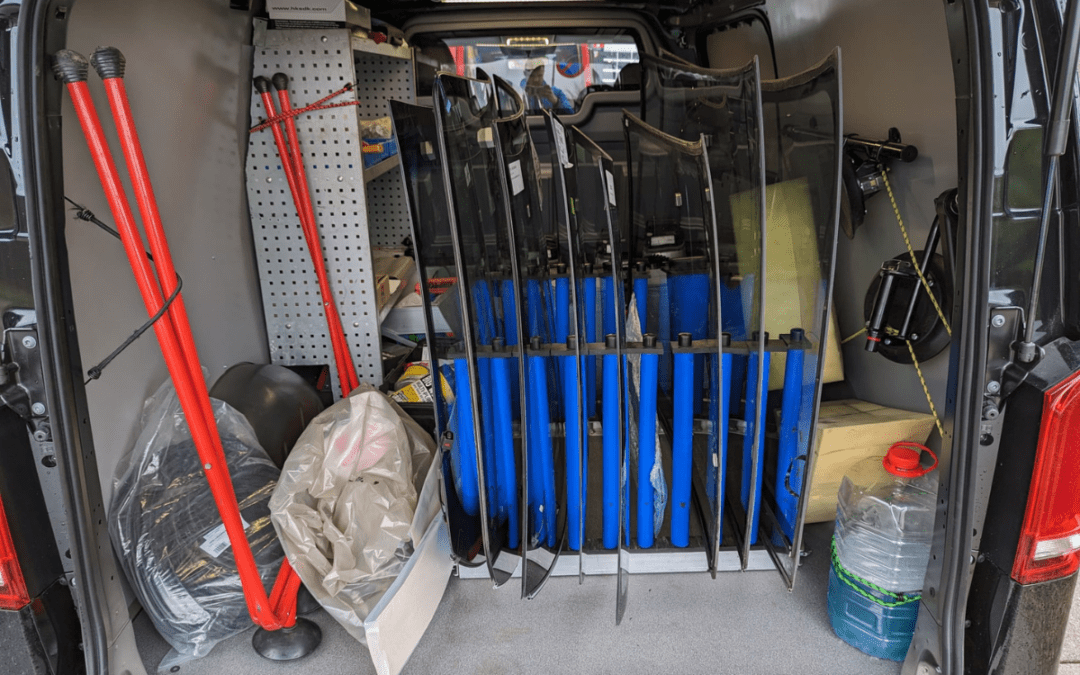 Highlights of the week (2)

They say time flies when you're having fun, and that could not be any more true than here at US Auto Glass! We've had another great week, and we can't wait to tell all our readers about the latest glass replacement adventures. Our customers have come from near and far...

John Doe FitterBeginner • DesignAbout JohnI started in the Auto Glass business 10 years ago,  I replaced 5000+ windscreens in Texas.What i value I love to deliver high quality by explaining my job I always try to make everything look like a new car CertificationI got...